We have partnered up with the best companies in the industry and what truly separates ATSG from other IT providers is our ability to ensure our clients success. Whether alone, or seamlessly integrating our efforts with a business' existing IT professionals, ATSG guarantees to maximize a client's ROI, and exceed their current business goals. This is why so many of our clients consider themselves ATSG customers for life. 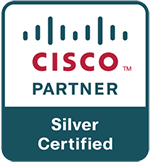 Cisco is the worldwide leader in networking that transforms how people connect, communicate, and collaborate. Our technology is changing the nature of work and the way we live.

VMware (NYSE:VMW), the industry-leading virtualization software company, empowers organizations to innovate and thrive by streamlining IT operations. By virtualizing infrastructure-from the data center to the cloud to mobile devices-VMware enables IT to deliver services from any device, anytime, anywhere.

Founded in 1982, Symantec has evolved to become the global leader in cyber security, with more than 11,000 employees in more than 35 countries. Operating one of the world’s largest cyber intelligence networks, we see more threats, and protect more customers from the next generation of attacks. We help companies, governments and individuals secure their most important data wherever it lives.

While the Lenovo brand came into existence only in 2004, the company has a much longer history. In 1984, Legend Holdings was formed with 200,000 RMB (US$25,000) in a guard house in China. The company was incorporated in Hong Kong in 1988 and would grow to be the largest PC company in China. Legend Holdings changed its name to Lenovo in 2004 and, in 2005, acquired the former Personal Computer Division of IBM, the company that invented the PC industry in 1981. Today, Lenovo is a US$34 billion personal technology company and the world's largest PC vendor. We have more than 33,000 employees in more than 60 countries serving customers in more than 160 countries. A global Fortune 500 company, we have headquarters in Beijing, China and Morrisville, North Carolina, U.S.; major research centers in Yokohama, Japan; Beijing, Shanghai, Wuhan and Shenzhen, China; and Morrisville; and we have manufacturing around the world from Greensboro, North Carolina and Monterrey, Mexico to India, China and Brazil.

The Cisco Cloud Networking Group is the team behind Cisco Meraki, the industry's leading cloud networking solution that brings the benefits of the cloud to enterprise networks.

Veeam Software is an international software development company based in Baar, Switzerland. As a Microsoft Managed Partner and Elite VMware Technology Alliance partner, Veeam develops products for backing up and managing vSphere and Hyper-V virtual environments. Currently, Veeam has more than 1,500 employees worldwide. 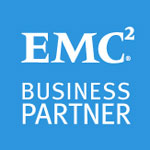 Axis is an IT company offering network video solutions for professional installations. The company is the global market leader in network video, driving the ongoing shift from analog to digital video surveillance. Axis products and solutions focus on security surveillance and remote monitoring, and are based on innovative, open technology platforms.

American Power Conversion provides protection against many of the primary causes of data loss, hardware damage and downtime. Founded in 1981, APC is a leading provider of global, end-to-end AC and DC-based back-up power products and services, which include surge suppressors, uninterruptible power supplies (UPS), power conditioning equipment, power management software, and DC power systems as well as precision cooling equipment, and professional and consulting services for Nonstop Networking™. APC, known for Legendary Reliability™, sets the standard for quality, innovation and support for power protection solutions from desktop systems to data center operations to entire facilities. Its comprehensive solutions, which are designed for both home and corporate environments, improve the manageability, availability and performance of sensitive electronic, network, communication and industrial equipment of all sizes.

RSA, The Security Division of EMC, is the premier provider of security solutions for business acceleration. As the chosen security partner of more than 90% of the Fortune 500, they help the worlds leading organizations succeed by solving their most complex and sensitive security challenges. RSAs information-centric approach to security protects the integrity and confidentiality of information throughout its lifecycle and no matter where it moves, who accesses it or how it is used. RSA offers industry-leading solutions in identity assurance & access control, encryption & key management, compliance & security information management and fraud protection. These solutions bring trust to millions of user identities, the transactions they perform, and the data that is generated!

SolarWinds provides powerful and affordable IT operations management software to more than 150,000 customer worldwide - from Fortune 500 enterprises to small businesses. SolarWinds' products are downloadable, easy to use and maintain, and provide the power, scale, and flexibility needed to manage today's IT environments. SolarWinds' growing online community, thwack, offers users problem-solving and technology-sharing for all of SolarWinds' products. This active user-community input is combined with decades of IT management experience to deliver a wide range of solutions and tools to address the real-world needs of IT professionals.

Dell's name rings from the desktop to the data center. The world's #3 supplier of PCs (behind #1 Lenovo and #2 HP) Dell provides a broad range of technology products for the consumer, education, enterprise, and government sectors. In addition to its line of desktop and notebook PCs, Dell offers network servers, data storage systems, printers, Ethernet switches, and peripherals, such as displays and projectors. It also markets third-party software and hardware. The company's services unit provides asset recovery, financing, infrastructure consulting, support, systems integration, and training, as well as hosted IT services.

Fluke Networks is the world-leading provider of network test and monitoring solutions to speed the deployment and improve the performance of networks and applications. Leading enterprises and service providers trust Fluke Networks' products and expertise to help solve today's toughest issues and emerging challenges in data centers, mobility, unified communications and WLAN security.

Located in the heart of New York City, Akkadian Labs focuses exclusively on creating collaboration inspired software. Our solutions maximize business results by improving the way people communicate and work together. Our solutions include turnkey applications and custom software solutions. Technology is complex. We make it simple.

Belkin International, Inc., offers an extensive range of innovations designed to give computer and consumer electronics users seamless integration in their homes, cars, and on the go. Belkin, a privately held company founded in California in 1983, is the recognized global leader in connectivity solutions. Since our inception in 1983, Belkin has experienced an amazing 25 consecutive years of dramatic growth and remains committed to making significant strides in the areas of research and design.

Emerson (NYSE: EMR) is a diversified global manufacturing and technology company. We offer a wide range of products and services in the industrial, commercial, and consumer markets through our Process Management, Industrial Automation, Network Power, Climate Technologies, and Commercial & Residential Solutions businesses. Recognized widely for our engineering capabilities and management excellence, Emerson has approximately 135,000 employees and 235 manufacturing locations worldwide.

C2G, a division of Lastar, Inc., is an industry leader in high performance cabling and connectivity solutions. Founded in 1984 as Cables To Go, the company provides end-to-end connectivity solutions serving a variety of markets - including hospitality, education, healthcare, corporate, home theater and digital signage. C2G also delivers customized connectivity products and solutions renowned for superior quality, value, and innovation using premium components and the latest technologies to maximize cable performance and ensure compliance with industry specifications for each cable and its designated application.

Bridge Communications was founded in early 2006. Initially Bridge Communications was a hardware vendor, specializing in servers, SANs, networking, and telecommunications. In 2007 after looking, with no success, for an attendant console program that would meet our needs, we decided to develop our own. In 2008 we were approached by several companies who weren't thrilled with the offerings available for CUCM, and asked if we could create a similar product on that platform. In 2009 Bridge Communications joined the Cisco Developer Network, and began to develop an attendant console replacement for the Cisco legacy Attendant Console program, which was then scheduled to be terminated. By that summer, working closely with CUCM users we deployed our first version in a live production environment.